Bored of playing yet another multiplayer word game?  Why not blow tanks up instead?  And even better, why not do it for FREE!

IT’S TANKS! continues in the tradition of tank versus tank games of the ‘80s and ‘90s such as the early ‘90s classic Scorched Earth.  Compete against friends and strangers in online matches via Game Center to win coins to buy weapons, items, and upgrades.  Alternatively, the Pass & Play mode allows you to enjoy IT’S TANKS! on a single device and play the person next to you or just practice your shooting.  With fully destructible randomly generated levels, upgradeable weapons and a variety of special items, IT’S TANKS! is an asynchronous multiplayer game for those who prefer the boom of artillery to the click of lettered tiles. 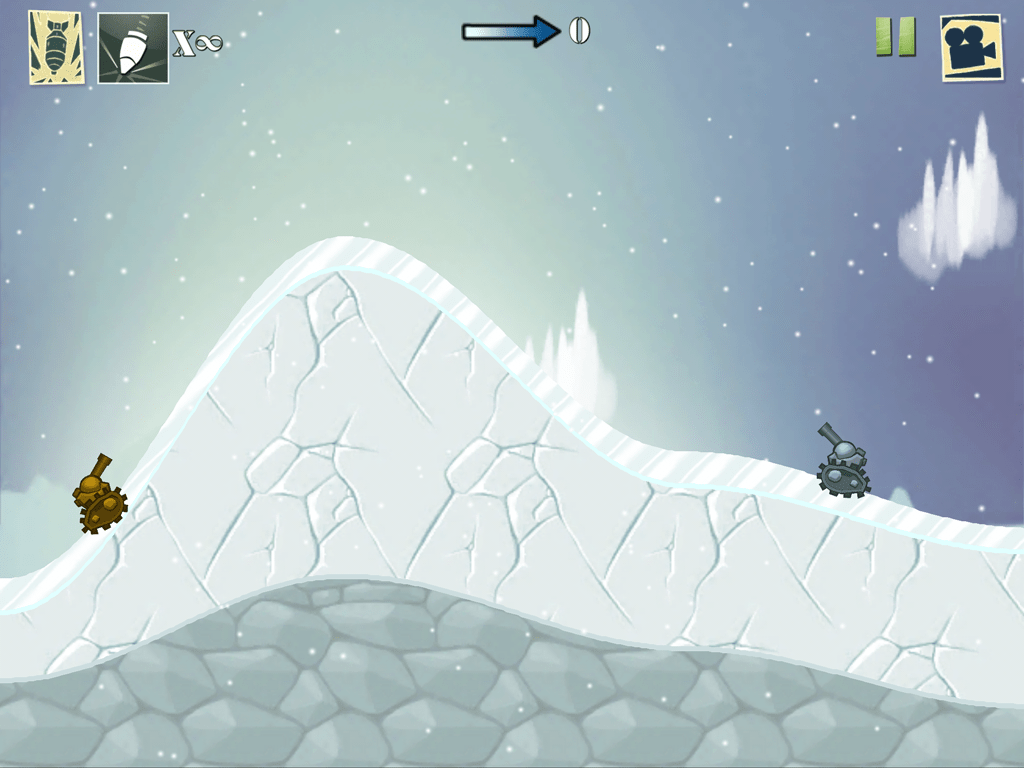 Taking a turn in IT”S TANKS! is quick and simple using Angry Birds like controls to fire, making it easy to play on the go.  Hover over the dots in the screenshot above to see a description of what the various elements in the game screen do.  The standard free version allows you to start up to 10 games at once, so you don’t have to wait for your opponent to take their turn, you can just start another game. Use the replay button (top right) to share your favourite shots via email, Twitter, Facebook and YouTube using the easy to use Everyplay support.

That’s all very well, but how does it actually play?  Well, have a look for yourself as Kieran runs through a couple of Pass & Play games:

IT’S TANKS! features 10 multi-stage upgradeable weapons, each offering unique tactical choices.  All of the weapons except the basic bomb are upgradeable, some offer enhanced features while others just increase the size of the explosion.  Here you learn about each weapon type and see it in action.

There are 11 special items to change the battlefield, protect your tank and perhaps most importantly screw with the other player.

IT’S TANKS was made because we couldn’t figure out why had no one made an asynchronous Scorched Earth style game?  It was something we wanted to play, so we decided to make it ourselves.

IT’S TANKS! was made by these fine people: